Smartphones are not a luxury anymore. In fact, they have been a necessity in the Western world for a while now. With these clever pocket computers, we can accomplish a wide range of tasks critical to our daily lives. It is no wonder that more and more businesses are turning to mobile app development to add more value to their customer experience.

Unfortunately, things are not quite as simple as creating a mobile app. There are now over 3.5 million Android apps in the Google Play store, while Apple’s App Store houses around 2.2 million. That is a lot of competition.

Your only chance to win over customers is to offer a user-friendly and attractive UI, high performance, personalization, and other crucial factors. This is why we chose to sit down with experts from top firms dealing with mobile app development in Chicago and compile a list of technologies you can use to create a mobile app that stands head and shoulders above the rest. Let’s begin! 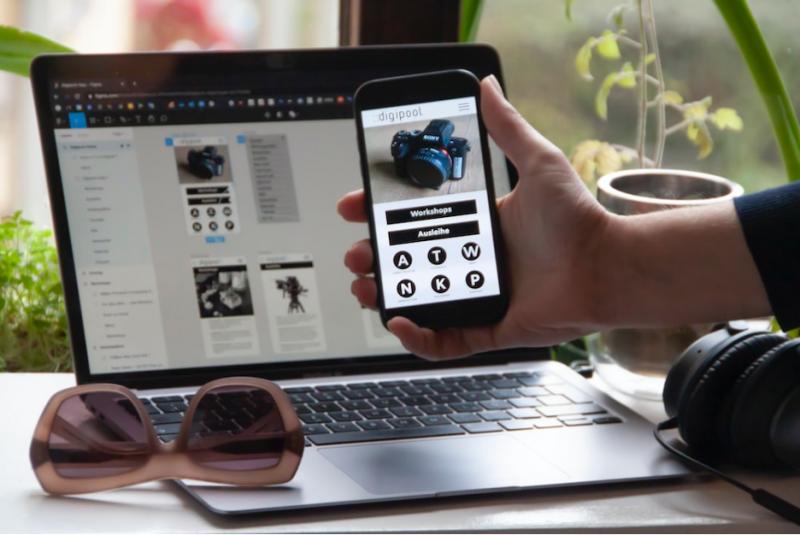 Regarding cross-platform mobile app development, React Native is arguably the most popular technology worldwide. It's a Javascript-based framework with an excellent library of pre-built components developed by Meta.

One codebase can be used to build apps for Android and iOS with native-like features, thereby eliminating the need for separate development teams. This way, platform-specific versions of apps can be created quickly and easily, saving time and money.

Some popular React Native apps include UberEats, Instagram, and Airbnb

Currently, Flutter is one of the fastest-growing technologies for cross-platform mobile applications. This SDK (software development kit) is created by Google and uses its in-house language, Dart. With only one codebase, programmers can write code once for multiple platforms, speeding up development and reducing the cost of hiring.

Further, Flutter is free, easy to learn, and has a strong community of developers who support it. Xianyu by Alibaba and Google Ads are a couple of popular apps built on the Flutter platform.

The Java programming language is a favorite among Android developers. Java can, however, be used to create mobile applications for iOS as well as Android. It is an object-oriented, platform-independent language known for its high level of security.

There are extensive open-source libraries, excellent documentation, and extensive community support for this tricky-to-learn but highly flexible language. Thanks to its rich libraries, developers can create apps that run on multiple platforms with minimal effort.

Some examples of Java-based apps include Telegram, VLC, and SeaWeather.

You can quickly build feature-rich, scalable mobile applications across multiple platforms using Python, one of the most commonly used mobile programming languages. Code can be created quickly and easily with fewer lines since the language is simple and cleanly structured.

Besides its built-in debugger, GUI programming support, and many libraries, Python comes with a large developer community. A developer can easily create different versions of one piece of code to work on iOS, Android, or any other platform by using popular frameworks like Kivy or BeeWare.

R is another widely popular programming language that can be used to create robust mobile applications. Its platform independence and large built-in libraries and frameworks facilitate the smooth, effortless, and easy development of mobile apps.

The R programming language is one of the best platforms for developing powerful machine learning and data analysis algorithms. With R, you can also create beautiful animations, graphs, and multiple UI elements for your mobile app.

The language is widely used, most notably by companies such as Uber, Twitter, Google, and Meta.

Mobile app developers prefer Swift for iOS development. Apple developed the language for macOS, tvOS, watchOS, iPadOS, but also Linux, and a few other platforms. iOS app development has become much easier and more efficient with this powerful and intuitive language.

The Swift programming language is designed to produce scalable and fast applications with clean syntax. This framework has numerous modern features, requires minimal coding, and is very easy to understand, allowing for fast, flexible, and smooth development.

Lyft and LinkedIn are a couple of famous platforms developed with Swift.

We compiled this list of trending mobile app technologies by considering all the characteristics of an effective app. The list is intended to assist you in the cross-platform app development process. These options will make building robust and scalable apps for your business a breeze.

Therefore, before hiring developing services or contacting a mobile app development company, read the guide thoroughly to ensure you know what you're talking about.

You can submit articles and write for us.